‘SupportAbility’ Offers Scholarships to Students Who Overcome the Odds 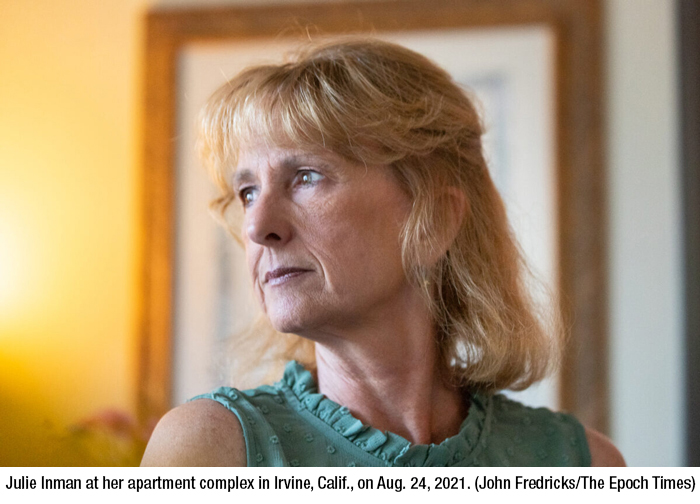 When she was 15 years old, Julie Inman collapsed on a Colorado ski slope.

A hemorrhage in her brain resulting from arteriovenous malformation—an abnormal clump of blood vessels—had nearly killed her.

She woke up after life-saving surgery, only retaining the ability to hear and blink. Everything else, including swallowing, talking, and reading, would have to be relearned.

Despite it all, Inman returned to school at Mater Dei High School in Santa Ana, California, a year later and graduated in 1984. She went on to get her English degree at the University of Southern California and find a full-time job writing press releases for Grubb & Ellis, a real estate firm.

Now 56, Inman is still unable to walk and her fine motor function is affected, but she’s been on a 21-year mission through her organization, SupportAbility, to help high school students with similar hardships — whether they be physical, environmental, or mental—to attend a four-year university or junior college.

Since Inman founded the organization in 2000, SupportAbility has awarded $1 million in scholarships to more than 1,000 students at 15 Orange County high schools and seven in Los Angeles County.

“To a lot of the kids, it makes a huge difference,” Inman told The Epoch Times from her home in Irvine, California. “The award really helped them feel like they could continue with college and be successful, and someone recognized them.”

Counselors at those schools encourage students to apply for the organization’s primary scholarship, the Julie Inman Courage Award, which was originally created by Inman’s parents in honor of her high school graduation. The scholarship was first offered at Mater Dei and then at other Orange County schools after Inman started her own organization. It rewards people who have overcome the most difficult obstacles against all odds.

SupportAbility maintains eight memorial awards in specific fields, including theater, law, and medicine, and those who have overcome particular challenges, such as cancer. The organization also awards a SupportAbility Scholarship for students hoping to attend college every four years through an anonymous donor.

Typically, funds awarded range from $500 to $1,500. Every year, Inman and SupportAbility’s 13-member board read roughly 100 short essays that outline the difficulties that applicants have had to face. 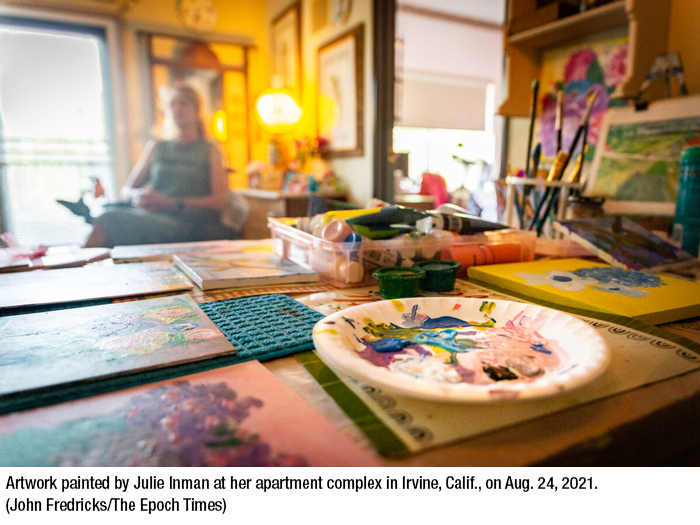 Eunice Lee, now 35, who was awarded one of the early Courage Awards in 2004, also experienced a brain injury before her freshman year of high school and has now become a close friend of Inman.

She took a nap one day before her freshman year at University High School and didn’t wake up again until 10 weeks later. Doctors finally diagnosed her with moyamoya disease, an extremely rare condition that causes the narrowing of blood vessels in the brain. While in her coma, she would overhear doctors treating her like a test subject, often commenting that she would probably die.

Once out of the coma, Lee had to relearn how to function and even crawl. She dealt with 10 brain surgeries, which forced her to constantly shave her head, as well as experience intense migraines. Even though Lee missed her entire freshman year, a combination of summer school and old-fashioned hard work allowed her to graduate on time.

Receiving the $1,000 award to attend the University of California Irvine was life-changing for her, and Inman continued to support Lee’s studies by buying her books and being a mentor.

“When I got the award, it was the first time where I thought, ‘Huh, you did this,’” said Lee, who currently works as a caregiver for a senior citizen. “It was someone acknowledging that what you went through was very singular, and you should be proud of what you did.

“SupportAbility truly is the only scholarship foundation out there where it only asks the students one thing. How did you show courage?”

Fundraising for SupportAbility is largely grassroots. The expenses Inman incurs are low and nearly every dollar raised is put into scholarships.

Individual donors make up the largest share of the money raised. A group of anonymous individuals, who Inman calls Angels in the Wings, each gave $10,000 when SupportAbility was first getting started, which contributed to its current success and impact.

One of SupportAbility’s most successful fundraising methods is an appeals letter sent out to the organization’s 350-person mailing list. Recipients typically send in a total of around $25,000; however, this last year, SupportAbility was able to raise $40,000 through this method.

The fundraising strategy for SupportAbility is also very event-focused and includes a wine-tasting dinner, where gift baskets and vacations to Hawaii are raffled off. There’s also an annual end-of-the-year reception at the Santa Ana country club, where donors have a chance to meet the students that they’ve sponsored and find out what they’re doing firsthand.

“They know exactly where their money is going,” Inman said. “They know how that person is benefitting from their help.”

Inman is personally invested in fundraising as well. She covered 1,000 miles on a stationary bicycle at her local LA Fitness between October and January= for two consecutive years before the pandemic to raise more than $10,000.

And in recent months, Inman has been using her newfound love of painting to help generate funds. She sells greeting cards printed with her paintings, which focus on the natural environment she experiences on her wheelchair rides along the small creek behind her accessible apartment complex. Inman’s artistic cards have so far raised more than $6,500 for the cause.

After Inman’s brain hemorrhage occurred more than 40 years ago and completely changed her life, a lot of her life goals, such as walking unassisted, have had to be adjusted and rethought. However, Inman has kept her head above water, using her time and energy to help others.

“When a goal didn’t happen, she would just reset them, which was a wonderful attribute,” said Patricia Inman, Julie’s mother and SupportAbility board member.

“She may never totally change, but she was really able to pull herself up and forge ahead.”

And forge ahead she has.